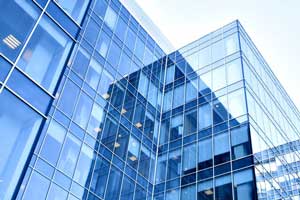 Building energy consumption accounts for 30% to 40% of total energy consumption. About half of them are caused by building cooling or heating. The heat-insulating transparent coating is a safe and energy-saving material, and it is widely used in construction in Europe, America, Southeast Asia and Japan, Korea, and other countries.

The use of heat-insulating and transparent energy-saving coatings on building glass can reduce building energy consumption. This is of great significance to alleviate the energy crisis and maintain the sustainable development of our economy.

Nano metal oxide powders have ideal selectivity for the solar spectrum. It has high transmittance in the visible region and good shielding for infrared light. And tin-based transparent semiconductor materials such as nano-ITO, ATO and gallium tin oxide (GTO) have even higher transparency and conductivity. In recent years, researchers have actively explored the application of nano-tin-based materials in thermal insulation transparent coatings and developed some new products.

In recent years, scholars have devoted themselves to studying the effects of dopants on the properties of SnO2. Theoretically, SnO2 has a lattice defect and is an n-type semiconductor whose conductivity is between that of conventional semiconductors and metals.

A light wave is a kind of electromagnetic wave. The electric field of light waves causes the electrons inside the metal to move, thus absorbing the energy of light. Therefore, the higher the conductivity of metal the more energy it absorbs from light.

New tin-based materials are prepared by doping indium, antimony, ytterbium, gallium and other elements in a certain proportion into SnO2. Such as ITO, ATO, nano-tin ytterbium oxide (YTO), etc. Can increase the carrier density of SnO2. to make it appear cavity conductive. Thus, the conductivity, thermal stability and mechanical properties of SnO2 can be improved.

And sunlight happens to provide energy, and the leap process absorbs the energy of sunlight to form light absorption. Or the nano-tin-based material forms a plasma in the violent motion of the electric and magnetic field environment of electromagnetic waves. Thus, the sunlight energy is converted into thermal energy. The thermal energy distributed in the infrared band, which accounts for 43% of the sun’s energy, acts as an absorption barrier, thus achieving thermal insulation.

China is rich in tin reserves. Nanotin-based materials have excellent electrical and optical properties. Nano-ATO has a good thermal insulation effect and low cost. It is the most suitable semiconductor oxide for the preparation of thermal insulating transparent coatings. Nano ATO has a wide band gap, high transparency and sufficiently high free carrier concentration in the visible region. Therefore, it has excellent electrical conductivity and high infrared reflectivity.

In addition, nano-ATO can absorb visible and near-infrared radiation due to its free charge carriers and lattice. Therefore, when used in transparent thermal insulation coatings, nano-ATO is an excellent absorber of the near-infrared spectrum.

You Will Get Our Reply Within 24 Hours!